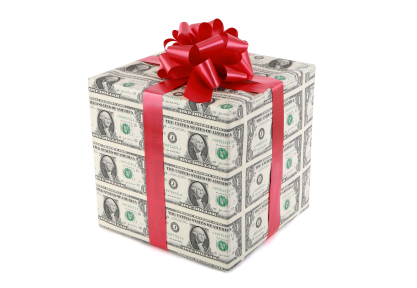 I’m issuing my annual call for folks to help out those that are worse off than themselves this holiday season through charity.

For those who just want to do the most good for humanity for their buck, choose one of the top charities over at givewell.org, which is the best charity recommendation site I know of, and the only one that rigorously attempts to estimate the per dollar benefits of giving. If you’re not sure which top charity to pick, just give to their Maximum Impact Fund where they will use their expertise to distribute your gift to where it will do the most good at their discretion.

Why (and where) you should give

As comparatively wealthy members of the world, I believe folks like us have a moral duty to improve the lot of others in the world.  Even if you don’t agree with me on that, consider that helping others has been shown to do wonders for the person doing the helping.

If you don’t care specifically about whom your helping, I strongly recommend giving to causes that help those living in extreme poverty outside the US and other ‘first world’ countries.  This is because dollars go the furthest when helping those that have next to nothing.

You could save a life for about $3,000 (per Givewell.org) by purchasing mosquito nets to protect children in Africa, or you could spend $100,000 – $200,000 on cancer research to extend an American life by 3 – 6 months.  My goal is to save as many lives with my limited resources as I can, even if they belong to people whose names I will never know, and whose pictures I will never see. As a father, I imagine the pain of, say, losing a child to malaria is no less painful for an African as an American, so I choose to maximise children saved vs caring about where those children happened to be born (they didn’t get to choose their country!)

I believe that every human’s happiness is just as important as another’s, so I give internationally through charities recommended by Givewell to maximize the good that my dollars do in the world.

I still give token amounts to causes that are emotionally close to me or my friends & family (cancer, Alzheimer’s, a Boy’s & Girl’s recreational club in my neighborhood), but I feel that I have a responsibility to donate any significant amount in the most effective way possible, and that the human race as a whole will be better for it.

Something like less than 25% of charities measured are actually shown to produce social benefits, so it’s important to choose carefully when giving.  Givewell.org evaluates charities using rigorous standards and provides simple, easy-to-follow recommendations, so that you can be confident that your dollars will go a long way.

Every year several members of my family and I reduce our holiday stress & increase our feelings of well-being by forgoing large presents.  Instead, we commit the same amount of money we would have spent on gifts to worthy charitable causes.  I highly recommend you try this approach (or a hybrid version such as half gifts/half charity) with your own friends and family (excluding those under the age of 18 or so, of course :).)

This yearly activity has several benefits including 1) not having to find & shop for gifts for others, 2) not having to think up gift ideas for things you want others to buy you, 3) making you feel good about helping people, and 4) leaving you no worse off financially than if you bought presents instead.

So, pick a cause and do some good this season!  Click here to pick from a great list of worthy charities.

(And if you weren’t convinced, here’s more good press on Givewell from freakonomics.com.  You don’t just have to take my word for it!)

2 thoughts on “‘Tis the season to give! How to give to charity effectively.”

Better Tomorrow Financial (Long Habit LLC) is a Registered Investment Advisor in the state of Washington owned by Ward, the author of this site. Our registration is at SEC.gov.